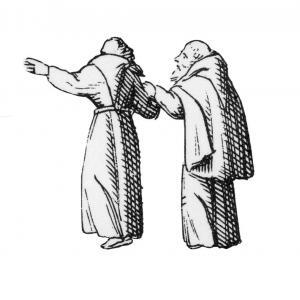 First Part: From Fossombrone to Camerino – 220 km in 10 stops along the way.

The Capuchin Walk is a very enriching route from a spiritual, historical, artistic and naturalistic point of view. It is also physically demanding because of the characteristics of the Marche inland area, which is subject to continuous ups and downs, with numerous sections with significant differences in height. In the nutshell, it’s a challenging yet rewarding walk. It crosses the inland ridge of the Marches from north to south, with a route of almost 400 km that retraces the places of the Order’s origins. It is possible to do the Walk during many months of the year but is not recommended during the winter months (particularly December, January and February), due to the fact that several stages are mountainous and could be covered in snow.

The walk begins at Fossombrone, from the Colle dei Santi, where there is a Capuchin monastery. Here you can start your journey with a beautiful initial liturgy together with the friars present. The route continues through the enchanting Furlo Pass, where the Candigliano River winds its way between the imposing rocky walls. The third stop is the historic town of Cagli, where you can visit the historic Capuchin monastery, one of the few to have retained its original architecture and the area where Friar Ludovico da Fossombrone found refuge towards the end of his life.

From Cagli the route continues on to the ancient monastery of Fonte Avellana, and from there, passing under the horn of Monte Catria, it continues on to the new stopover in the wild little village of Pascelupo, where it is possible to get a glimpse of the Hermitage of San Girolamo (visits inside the hermitage are not permitted, but it is still worth visiting from the outside), where Blessed Paolo Giustiniani gave asylum to the first Capuchins. The route continues with a challenging stage to Fabriano, the city of paper, and from Fabriano it walk ascends to Poggio San Romualdo, passing by the Eremo dell’Acquarella, where in 1529 the Capuchins met to celebrate the first chapter of the Order.

On the next stage, we discover the Romanesque abbey of Sant’Urbano and the Hermitage of the White Friars, where the supporters of the Capuchin reform found refuge, then we get to Cupramontana, and from there we leave the next day to reach Cingoli, the “balcony of the Marche”, from where we can enjoy a breathtaking panorama of the Region. Passing by the Hermitage of Sant’Angelo, which was the site of a primitive experience of reformed life, the next long leg (the longest of the entire journey) leads to San Severino Marche and the next day to Camerino, where the Capuchins were first founded and where the first convent of the Order is located, the Capuchin convent of Rencavata. 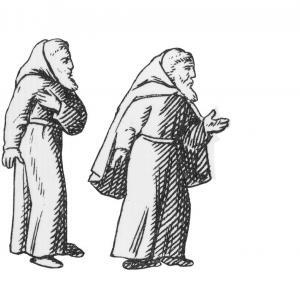 Second part: From Camerino to  Ascoli Piceno – 160 km along with  7 stops

From Camerino, the second part of the route resumes and the next stop is San Lorenzo al Lago, on Lake Fiastra. The route then continues to the town of Sarnano and from there, passing through the Sanctuary of the Madonna dell’Ambro, a charming place of spirituality set in the Sibillini Mountains, to Montefortino. The next day we leave for Montefalcone Appennino, from where we can admire the multifaceted landscape of the Marche at a glance.

The route starts from the Convent of the Observants of St John the Baptist, a place that marks the important event of the flight of Friar Matteo da Bascio, and leads to Rotella and then on to Capradosso, a village that preserves the memory of the Venerable Friar Marcellino. From there the route continues to Offida, where the body of the beloved Blessed Bernardo da Offida is kept, and reaches its destination in Ascoli Piceno, in the Sanctuary of San Serafino da Montegranaro, the Saint of the Capuchin Friars of the Marches, where you can conclude the journey with a liturgy of thanksgiving along with the friars present there for the shared experience.